I create most of my data visualizations using R, which for most people seems like such a daunting task. Yes, R certainly has a learning curve, especially if you are not familiar with writing code, but there are so many cool things you can create using it!

We have talked about R on here before!

As I was creating a basic visualization of the sucralose and acetaminophen data we have collected from our Pellicer Creek SWMP site for an upcoming meeting, I thought it would be neat to be able to have our logo embedded into the plot. 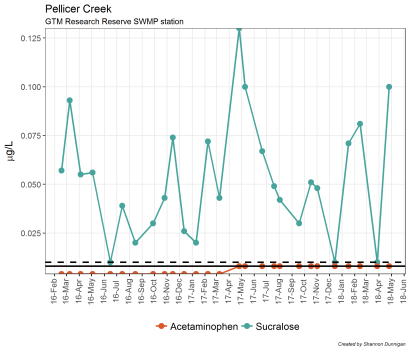 After doing a bit of googling, I learned about this great package in R called ‘magick‘ – and it is magical. It is a package that simplifies image processing in R and has lots of functionality. I ended up using it to combine images.

Starting with the logo

For this code, I used ‘ggplot2’, ‘magick’, and ‘magrittr’ packages, which can all be downloaded from CRAN. Before running the code, I already produced the plot (from above) using another script and saved it as a .png file, which I cleverly named ‘plot1.png’.

With the ‘image_read’ function from ‘magick’, images can be read in directly from a file path, URL, or even as a raw vector with image data. Once the image has been read into R, there are a variety of things you can do with it. I have merely scaled down the image for the purposes of my plot, but you could cut, edit, apply filters and effects, etc.

If you are relatively new to R, in the code below, all of my comments are indicated with a pound (or hashtag) ‘#’ symbol. You can see my comments in each step of the code.

Boom! Just a few lines of code (without my comments) and you have a logo on your plot! 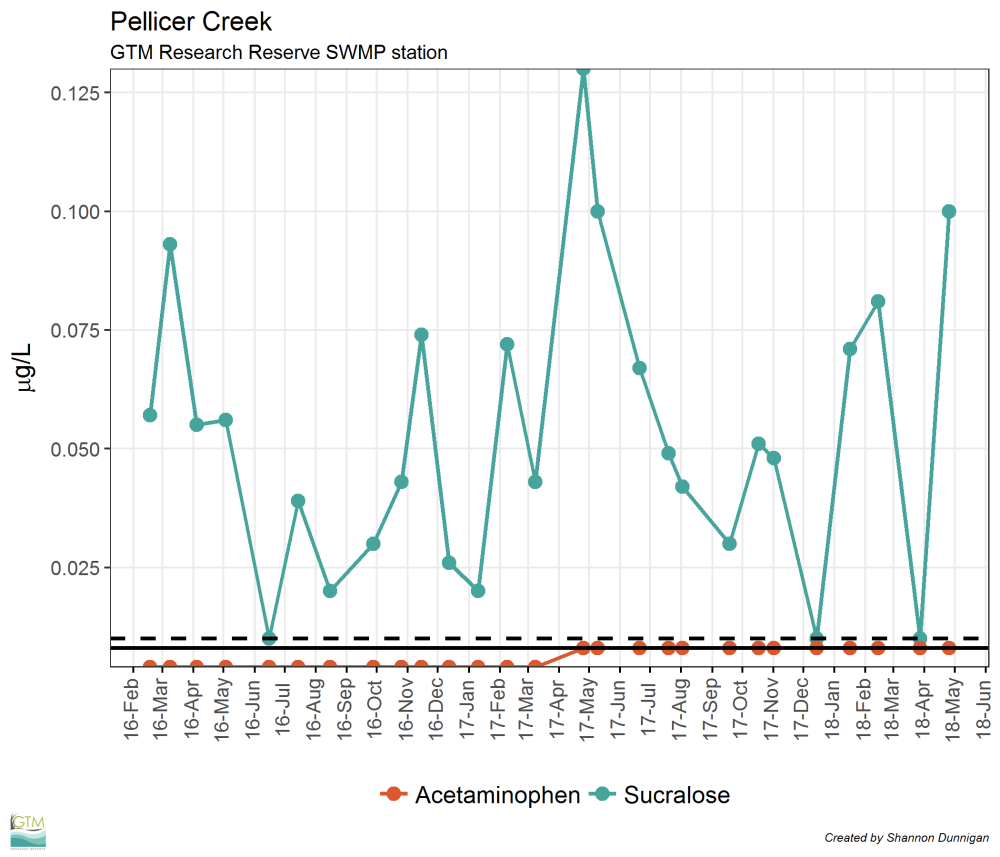 Remember how I said that images can be read in from a URL? By using the great features of ‘magick’, I have indicated a potential cause of the spike in sucralose below… 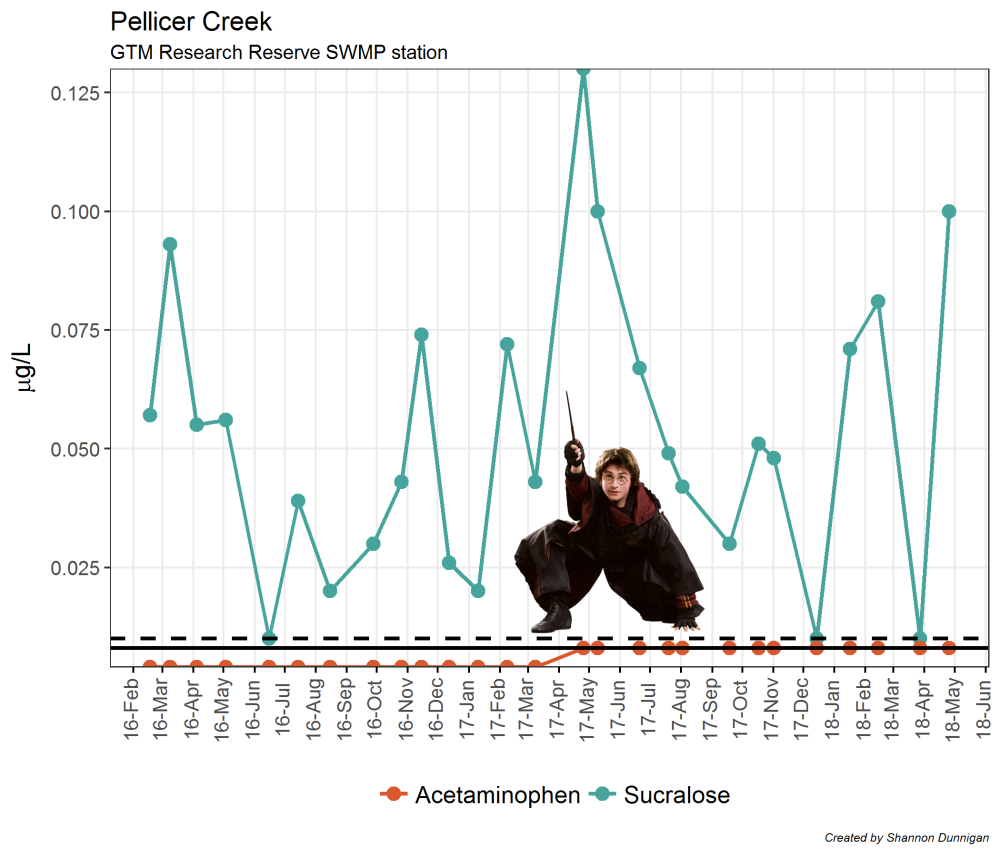 And here is one of my favorite parts…

It works for .gif files, too! The animation component of .gifs means that we will need to set them as frames in an animation.

Are you NERRd-y, too? If you use R and feel like trying out the ‘magick’ package, send along some of your creations! Daniel P. Hadley’s use of Vincent Vega in a graph is certainly one of my favorites…