Working as a field biologist you never know what you will see or find.

Here where I work at the GTM NERR, beautiful sunrises on the water and dolphin playing are not an uncommon site. The wildlife and the natural areas are abundant surrounding the oldest city in the United States, St. Augustine, Florida. People are abundant as well, most of the time my finds consist of the usual soda cans, bobbers, plastic bags. Some days the scores are a bit better like a kayak lost during a hurricane or a fishing pole snatched right out of the fisherman’s hand only to be seen again at the next low tide.

This week, I had one of my strangest and coolest finds yet…

Pulling into the Vilano boat ramp parking lot early in the morning and still waking up I noticed something resembling a large cockroach scurrying down the middle of the dirt parking lot. Quickly I realized it was far from a roach at all. It was something way cooler, a sea turtle hatchling! Immediately, I contacted the local sea turtle patrol who was a few minutes away evaluating nests on the point of Vilano beach.

I speculated during the time I waited with the little turtle how it ended up so far off course.

I could only imagine…perhaps, the turtle hatched the night prior and on its scurry to the water to start its journey in the sea, a bird snatched up the easy snack, but let it go for some reason. Maybe the turtle was too big and it took the opportunity to make a break for it and escape to the ocean.

It did not take long for a turtle patrol volunteer to show up to return the turtle to the ocean. The volunteer did not have the imagination I did. She told me a nest hatched the night before on the inside part of the inlet and baby turtles went every direction. The one I found was one of the lucky ones. Either way, this lucky little turtle was safely returned to the ocean and may someday return… 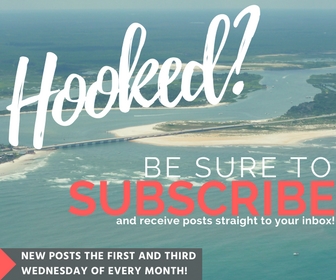